The history of English poetry stretches from the middle of the 7th century to the present day. Over this period, English poets have written some of the most enduring poems in Western culture, and the language and its poetry have spread around the globe. Consequently, the term English poetry is unavoidably ambiguous. It can mean poetry written in England, or poetry written in the English language.

That’s enough history lessons for today. Moving on to a man i can relate to Dr Dixon's name rang a bell - he's a committee member of Devon Humanists and in this connection has also written historical articles for its Darwin 200 in Devon site. A couple have a specific Devon slant :(WILLIAM Topaz McGonagall). Dr Dixon's column has been running since May 2010, and topics have included: the inspiration of folk superstars Donovan and Mac Macleod; the historic bands of The Bay; 19th century bread riots in Torbay and other Devon towns: It's highly worth reading so far, and I'm sure it will continue to be interesting in its focus on history off the beaten track. See Torquay's other history.

McGonagall (1825-1902) has been widely accepted as the worst poet in British history A self educated hand loom weaver from Dundee, he discovered his talent in 1877 and embarked upon a 25 year career as a working poet). His most infamous poem was the ‘Tay Bridge Disaster’.However, included in his collection of over 200 poems is ‘Beautiful Torquay’ reproduced here in full, to mark National Poetry Day on October 4.

When it comes to poetry in relations to cakes. Brides, lovers or friends love to express themselve's in different ways. Some chose a poem and ask the Cake Decorator to pipe the words in the poem on their cake. Some just want a line that expresses what they feel about the other person and for some they just take the title of the poem and go with the flow (pictures are given below). 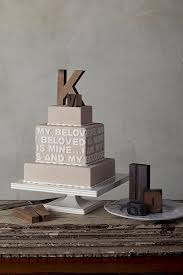 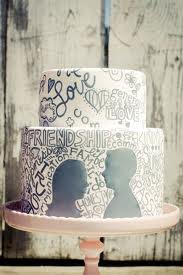 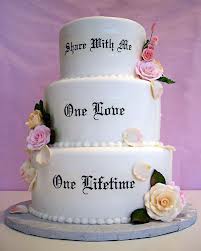 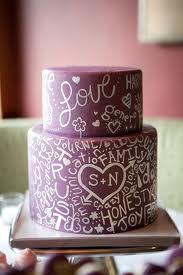 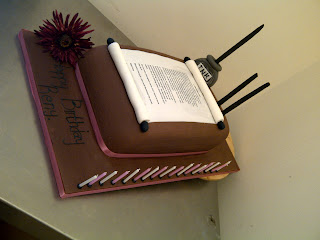 Am going to leave you with a poem written by  WILLIAM Topaz McGonagal. For lovers of truly awful poetry… Enjoy!

Beautiful Torquay
All ye lovers of the picturesque, away
To beautiful Torquay and spend a holiday
‘Tis health for invalids for to go there
To view the beautiful scenery and inhale the fragrant air,
Especially in the winter and spring-time of the year,
When the weather is not too hot, but is balmy and clear.
Torquay lies in a very deep and well-sheltered spot,
And at first sight by strangers it won’t be forgot;
‘Tis said to be the mildest place in ah England,
And surrounded by lofty hills most beautiful and grand.
Twas here that William of Orange first touched English ground,
And as he viewed the beautiful spot his heart with joy did rebound;
And an obelisk marks the spot where he did stand,
And which for long will be remembered throughout England.
Torquay, with its pier and its diadem of white,
Is a moat beautiful and very dazzling sight,
With its white villas glittering on the sides of its green hills,
And as the tourist gases thereon with joy his heart fills.
The heights around Torquay are most beautiful to be seen,
Especially when the trees and shrubberies are green,
And to see the pretty houses under the cliff is a treat,
And the little town enclosed where two deep valleys meet.
There is also a fine bathing establishment near the pier,
Where the tourist can bathe without any fear;
And as the tourists there together doth stroll,
I advise them to visit a deep chasm called Daddy’s Hole.
Then there’s Bablicome, only two miles from Torquay,
Which will make the stranger’s heart feel gay,
As he stands on the cliff four hundred feet above the sea,
Looking down,’tis sure to fill his heart with ecstasy.
The lodging-houses at Bablicome are magnificent to be seen,
And the accommodation there would suit either king or queen,
And there’s some exquisite cottages embowered in the woodland,
And sloping down to the sea shore, is really very grand.
You do not wonder at Napoleon’s exclamation
As he stood on the deck of the “Bellerophon,” in a fit of admiration,
When the vessel was lying to windbound,
He exclaimed – “Oh, what a beautiful country!” his joy was profound.
And as the tourist there in search of beautiful spots doth rove,
Let them not forget to enquire for Anstey’s Cove,
And there they will see a beautiful beach of milky white,
And the sight will fill their hearts with delight.
Oh! beautiful Torquay, with your lovely scenery,
And your magnificent cottages sloping down to the sea,
You are the most charming spot in all England,
With your picturesque bay and villas most grand.
And, in conclusion, to tourists I will say,
Off! off to Torquay and make no delay,
For the scenery is magnificent, and salubrious the air,
And ’tis good for the health to reside there.