Got my laptop with me. We are all talking about the Olympic and i was one of the Londoners that was bragging. The Olympics has got nothing to do with me but have been following the Great Britain Team. Am so glad lots of people are going out to support the team. Its so cool to see the whole nation coming together and celebrating with each other for the second time in the same year!

We all know my blog is all about cakes so i have to relate the Olympics with cakes. Went out and saw and also bought Olympic cupcakes. Tasted some, love the look of some and some were just horrible. Well, am going to paste a picture of cupcakes and let the Athletes know they have something to look forward to after the games. Only if they tried their best because i will be watching to see who did their part! 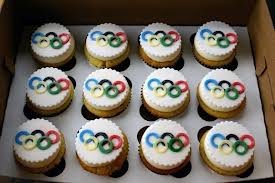 What a great achievement we have accomplished this year. We are here with you. 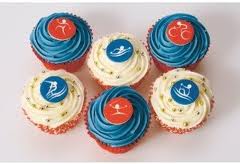